Castellalto, enchanting village between the Tordino and the Vomano, was founded in the 1000, but there are finds that are even more old, from the Italic and Roman Era. At the II-I century B.C. circa seems to belong the most ancient find that has been discovered, a bronze statue of Hercules, with the head covered in leather, that has been discovered in Casemolino. There are also Roman finds, such as the villas that dated back to the II century B.C./V century A.C., in the surroundings.

A visit worth for sure the Church of San Giovanni Evangelista, with a gate dated back to the 1500 and painted in the 1700, the Church of the Madonna degli Angeli, into which one can admire a Baroque altar and paints that dated back to the XVIII century; really interesting is also the entrance gate to the village, built in 1500 and restored in 1700, that testify the development of Castellalto in the Renaissance.

Really striking is also another village, Castelbasso, that is surrounded by ancient walls and that still preserves the original Medieval structure. Here one can admire the buildings, the Church of SS. Pietro and Andrea (whose map is squared and has 3 aisles). This Church has a gate dated back to 1300 and a stone baptistery (1500); decorative stuccos dated back at 1600 and the altarpieces dated back to 1700.

The Province of Teramo is the most northern in the Abruzzo and in the past, as testify the fortress in Civitella del Tronto, it has outlined the border with the Kingdom of Neaples and the State of the Church.

The pride of this Province is that it can enjoy at the same time the Adriatic Sea and the mountains, the Laga Mountains and the Gran Sasso, that are at an hour each other. The Gran Sasso has in the province of Teramo its highest summits: the Corno Piccolo (2.655 meters) and the Corno Grande (2.912 meters, the highest summit on the Appennini, that hosts in the inside the biggest laboratory of nuclear physic in the world).

Along the coast, wide beaches of golden pale sand give life to a low bottom shore, along which there are striking, historical villages: Martinsicuro, Alba Adriatica, Tortoreto, Giulianova, Roseto degli Abruzzi, Pineto and Silvi. These cities are also known as "the seven sisters" or "the seven blue sisters" because they have often been awarded with the Blue Flag.

One of the biggest attractions in the whole Province is the Gran Sasso and Laga Mountains National Park, one of the biggest protected areas in Italy, into which are guarded the Wolf of the Appennini, the Brown Bear, the Chamois, the Eagle and the Griffon.

Another Reserve that is really important is that one of the Calanchi in Atri, a WWF oasi, where water and clay have given life to really beautiful peaks.

Who prefers a more cultural tourism will find a lot of ancient villages and cities, rich in history and monuments, such as Atri (among the most ancient cities in Italy, and is proud to have given the name to the Adriatic Sea) or Civitella del Tronto, a Medieval village.

Teramo, administrative center and Episcopal headquarters, has a lot of noble buildings; Campli, in its important Archaeological National Museum preserves a lot of precious finds that have been found in the protohistoric necropolis in Campovalano; Castelli, really famous in Italy and in the whole world thanks to the colored and precious majolicas made by wise and patient artisans. Who appreciates a religious tourism can visit in Isola del Gran Sasso the Shrine of San Gabriele dell'Addolorata, the Saint Patron of the youngs and of the Abruzzo. The Temple, that hosts 2.5 millions of pilgrims every year, is one of the 15 Shrines most visited in the world.

Who loves sport, in winter can go to Prati di Tivo (among the most appreciated ski resorts on the Appenninis) or in Prato Selva, destinations that are reached by a lot of skiers. 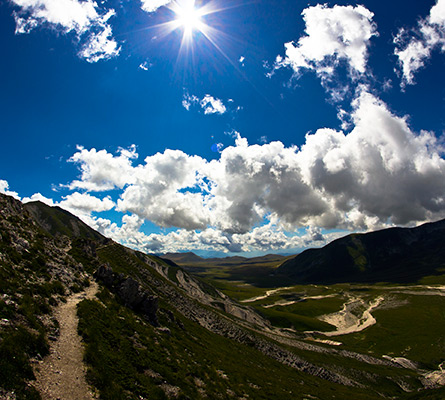 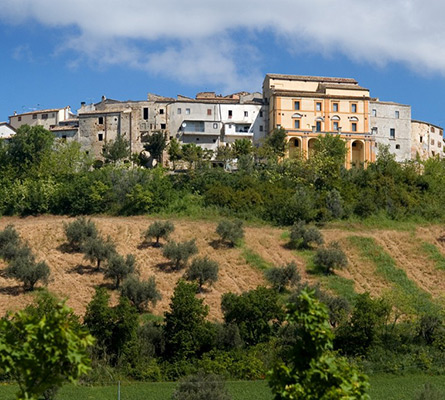 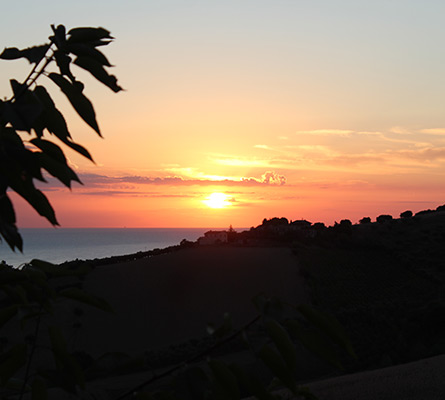